Before letting himself to honestly answer emergency call for music and creativity, Ilya has been intensively occupied by the idea of fair economic competition, entrepreneurship and good governance practices.

Back in 2009 he'd set up first world legal boutique, specialised in public procurement mediation, and has been resolved disputes for social benefit, while consulting small companies in their business relations with monopolies and companies in dominant market position, including law enforcements and crown corporations.

Traditional degrees in law and management, combined with intense independent practice and passion for social justice, allowed him to discover his signature universal "Ultimate beneficiary" communication strategy, which formed the basis of his books, transformational board game and workshops.

Ability to compose short original compositions for classical orchestra has also gained him a membership at International society of composers “21 century“.

Currently, most of the time, Ilya is based in Russia and Bulgaria, busy developing Kolobog.com® hybrid ecosystem, as well as providing advisory to creative teams and individuals.

No any achievement of myself would be possible without team work with extraordinary kind talents and friends.

Where are you from and what is your background?

I'm Russian lawyer, author and musician, age 37, I live in Russia and sometimes in Bulgaria. I was born in the town of world's highest concentration of olympic medalists and labor heroes - Shakhty city (province of Rostov region, Russia).

What are your academic qualifications?

What is Kolobog project about?

Refreshing discovery platform, compact and valuable, creating new digital and live experiences, multilateral interactions between talent and the wider worldwide ecosystem. Kolobog breaks down traditional barriers for skilled talents, whilst empowering them to monetise their skills and profile more efficiently. Its mission is to open up a new ecosystem of personal evolution, unlocking the potential for both skilled talents and beyond.

How did Chernobayki songs come into life?

Briefly speaking, Chernobayki (ЧерноБайки) songs are about will, love and truth.

The first song was written in Moscow in 2015 just after return from Canada. Lyrics for the entire first album would have coming to mind at nights, while ideas for the melodies and harmony used to occur on late mornings with the help of guitar.
Initial sketches for them were captured on smartphone voice recorder.

In oder to understand how to make songs out of these sketches, I would then took short-term courses about composition, sound production, songwriting and music business in different countries (Bulgaria, Russia, Germany).

First album “Chernobayki” songs was recorded in 2016 in the following manner: instruments were played and registered by me myself on my own at home studio with multi-channel mini studio Zoom R8, while voice part recording took place at semi professional studio with the assistance of sound engineer. Entire album was mixed and mastered by professional sound engineer at Logic Pro software.

Second album was fully recorded at home, equipped with simple recording tools, such as microphones and baffle, although mixed and mastered by sound engineer. Both albums were recorded in Rostov-on-Don (Russia) in 2018.

All 18 songs in Russian language and one song in English were distributed with help of CDbaby web service, which allowed to find them on all currently presented music libraries, such as Spotify, iTunes, Youtube, Google play, Vk, Yandex music, etc.

In 2021 I have been collaborating with JJFilm Works to create both of my music videos and opera singer Karaivanov Momchil on making opera-like version of my song for chamber concerts, as well as music video “Artisan” in Varna and Plovdiv (Bulgaria).

What is the story of Creators Negotiate book?

Original version created in 2016, written as a result of my lawyering experience in city of Rostov-on-Don. It was then distributed through the platform Ridero on revenue share model and was available for 5 EUR in paper back and for 3.5 EUR in digital version.
English translation finished in February, 2020 in Sofia, which was facilitated with an online service for professional translators. Afterwords, English version was distributed through Amazon, Kebo and Ridero platforms. It was also available for free for 6 months on this personal web-site.

What are your primary services & products?

If Ilya Chernobay were a car what car would it be & why?

MINI countryman JCW or Volvo C70 depends on the season - )

If Ilya Chernobay were a Person who would that person be & why?

Ilya Chernobay is a person and integral individual by self, although he considers Mahatma Gandhi one of his biggest influencers in history.

What brands do you value the most/least & why?

I do not value brands at all, as understand, that they are nothing, but mental superstructure of individual(s) behind them, built outside of that individual in order to separate and then replicate that personality into multiple communicative channels. Therefore, I value founders most, especially those who inspired great brands, that serve specific people and common good.

Who are you? (primary areas of experience)

The mission statement or What does Ilya Chernobay do? (business core purpose, the fundamental reason to exist, beyond making money)

Ilya Chernobay exist to facilitate the process of social transformation from parasitic to creative, happy and self-sufficient.

What is Ilya Chernobay’s vision?

Developing and introducing kolobog.com in 2022 globally.

Ilya Chernobay is the only person who generates and provides creative and integral solutions for social development in any area I immerse myself. Both globally sought after “common good” and personal transformation is primarily achieved by implementing my so called “Ultimate beneficiary” strategy, which allows to gain necessary and sufficient outcomes for everyone, who is involved in the process and beyond. I share examples of that method in my book, compositions, songs, workshops. Sarcastically, I am about to initiate social transformation through IT platform, being technology radiation intolerant.

I think my personal brand should be visually represented as wording of my last name Chernobay. Alternatively, it might be represented as handwritten signature or initials of full name, like “I.C.”

How you are going to live and breath the brand?

We present “Creators Negotiate” book&game, “Artisan song” music video, collaboration platform and my story behind them as a mental bridge to alternative self-sufficient experience.

We then can also perform workshops on related topic.

How you are going to communicate who you are?

First of all, I’m ChernoBay, which is related to (Cherno = Черный, Червоный in Bulgarian and Ukrainian) and Bay = Boyan in mythology.
Second of all, I’m cossack, which means I’m capable of doing everything on my own, although enjoy social and business interactions on project basis from time to time for fun and money, when being asked.

Third of all, I’m Russian, which means I have unframeable mindset, which could not be perceived fully by rational thinking only.
Forth of all. I’m Ilya Chernobay, co-founder of kolobog.com and my dream is that we all live in harmony with Nature (Universe), being happy and self-sufficient by collaborating on project-to- project basis.

What do you currently work on?
I have founded International Men’s Business Club “Creators Negotiate” in May,2021 and primarily building worldwide partnership network. In parallel, I am consulting creative individuals and socially oriented companies. Kolobog platform is under development as well. 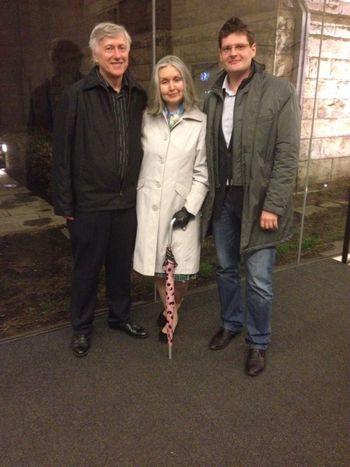 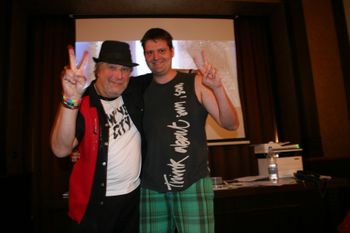 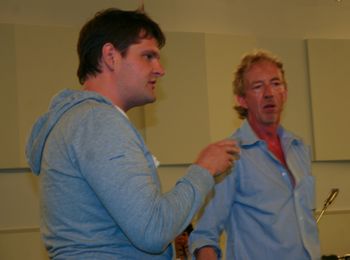 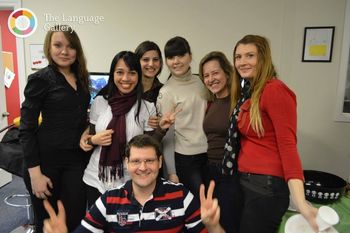 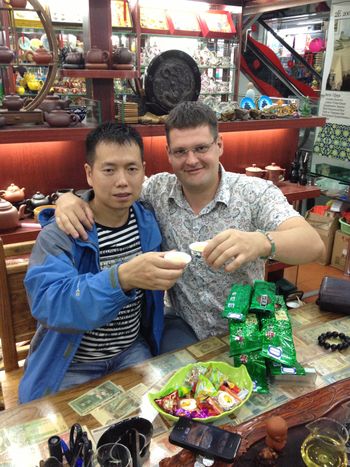 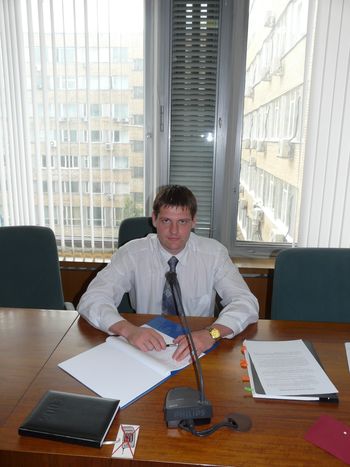 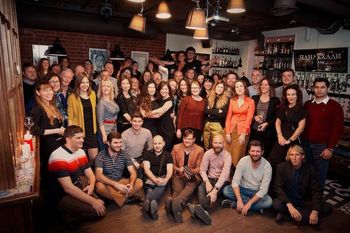 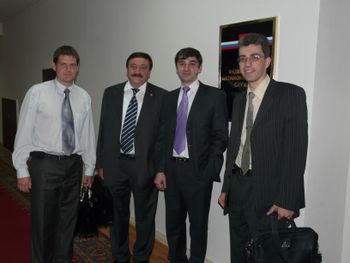 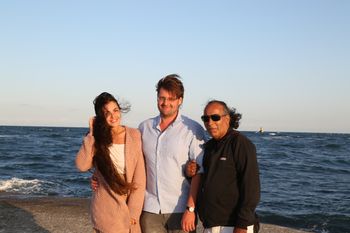 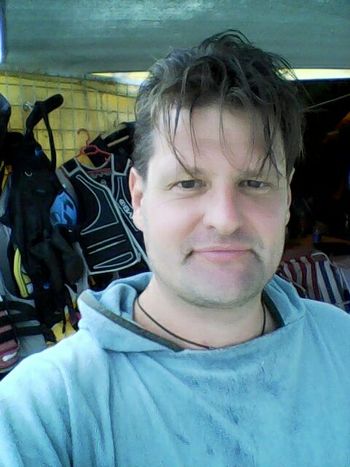 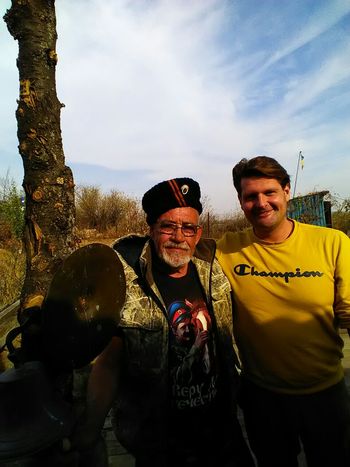 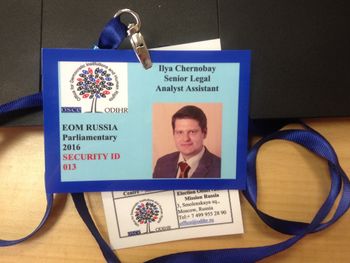 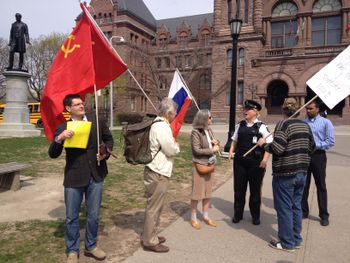 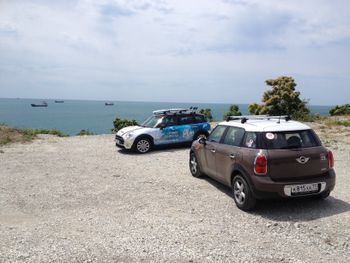 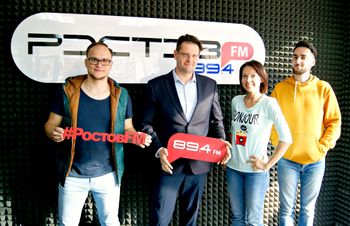 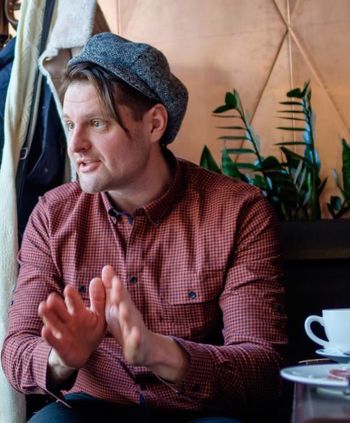 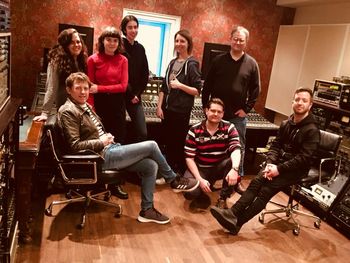 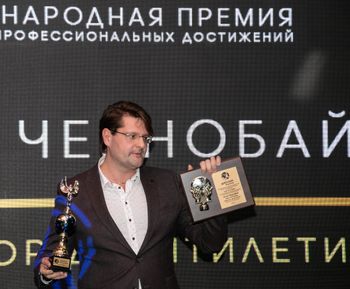 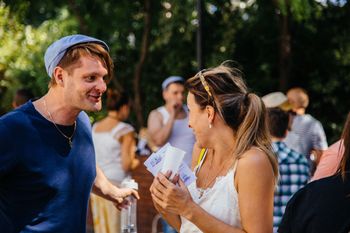 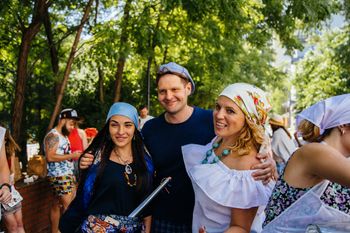 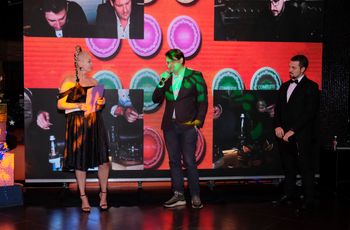